In this article, we will be looking at what is Hypixel and what can you a server owner can learn from them. Hypixel is very big, but that doesn’t mean you can’t do similar things, so we have outlined the main points in what we reference as Hypixel Takeaways.

So, for you who want to build a server like Hypixel, let’s dive into what you can do to potentially emulate some of their success. 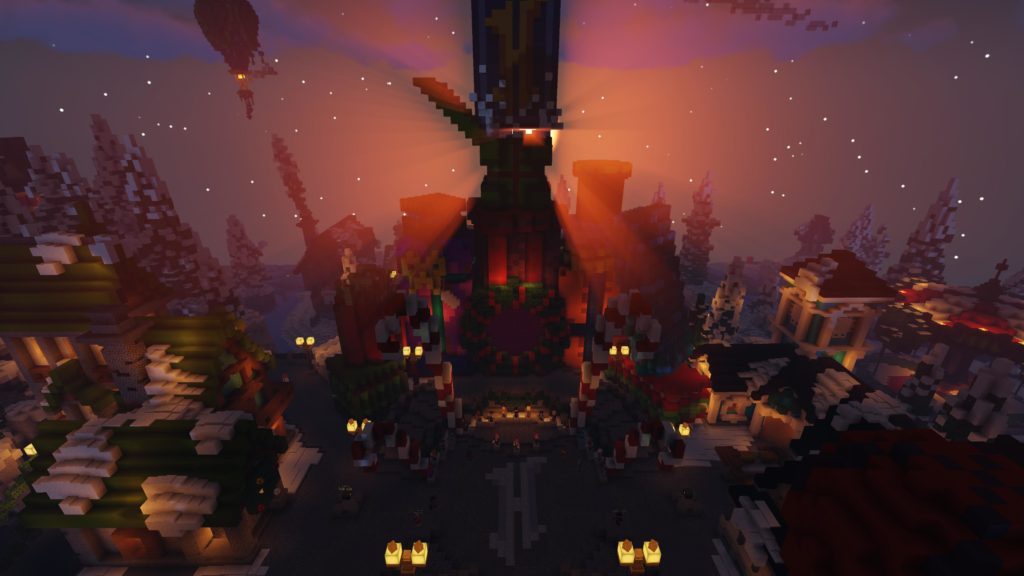 What can server owners learn from Hypixel?

Hypixel is the biggest Minecraft multiplayer server in the world.

It is also the fastest-growing server of Minecraft and was created by Simon Collin-Laflamme, and named after his in-game name ‘Hypixel’.

But, as it’s such a massive server it does have expenses, due to a lot of players, staff, moderators, and developers looking after the server, and after all expenses, it makes about $5 million profit annually, and this will surely grow, as it’s popularity continues to increase.

Why is Hypixel very famous?

Hypixel is the most famous server in Minecraft, and the reason for this fame is its unique game modes, this is where the base of its business model lies, great game modes.

Create game modes, study the best then get them created for your own server.

All game modes that can be seen on any server were ideally created/released on Hypixel. It has its custom game modes and with every day passing its developers are working on adding new game modes and features to attract more players.

It also supports people supporting it, such a clever idea…

It gives the YouTuber rank to people playing on its server, which attracts more people to play in it.

One of the most famous Minecraft YouTuber Technoblade, with over 10 Million Subscribers also plays in it. You can check out his YouTube Channel video on his Hypixel Skyblock Experience with over 21,000,000 views…this helps more and more people know about Hypixel’s increasing popularity.

How is Hypixel better than other servers?

Hypixel is a server that cannot be compared with other servers. It has gained a lot of popularity, they have big budgets, staff, moderators, and bots online 24/7 on the server and are always moderating to provide ease for game players and to ban abusers.

On average, about 30,000 people get banned weekly from Hypixel. They have bots that can detect any type of hacks and ban those players.

If you want to take something seriously as a server owner it is this… Moderate your servers and ban abusers when they pop up, don’t let them stay on your server.

They have high-tech bots that can detect any type of hacks and thus work on these so other players won’t face any difficulty.

Such servers seek more attention as compared to those who don’t work in moderation. You can also report the bugs and errors found on their official forum or websites.

What servers does Hypixel have?

Hypixel has many types of servers running in it. It is one of the oldest servers of Minecraft. Previously most Minecraft servers only had survival game mode.

But Hypixel introduced the idea of custom game modes.

They have presented a lot of game modes such as Skyblock, Bed wars, Hunger games, Duels, Arcade games, Sky wars, TNT Games, and a lot more. They have many hosts, and each host is allocated for each server.

They have nearly 100,000+ players playing each server daily and it is growing more and more. They are adding much newer servers weekly which adds more people to it.

Two of their best running servers, which have attracted more people to copy their ideas are Skyblock and Bed wars. These servers have nearly 50,000+ players playing at the same time.

Always test out multiple different types of servers to see which ones resonate with your players, who knows, your big break could just be one server choice away.

What plugins does Hypixel have?

Hypixel has a lot of servers running and so has a lot of plugins to run too. They have nearly 50 plugins for each server.

Most of the servers Hypixel has created are their own unique ideas and thus have their plugins which are unique also. They have many plugins for each type of server which are made by their developer team.

Along with choosing great plugins for your Minecraft server, make sure you actually create small unique plugins for the servers that you have, always experiment with new ideas for plugins, and if you didn’t realize this already, hire a great developer.

Many servers have copied the idea of Hypixel and have created servers with their own unique game modes.

The plugins used to make such servers are usually paid but are easy to manage and config.

Two of the most famous servers Hypixel has are Skyblock and Bed wars.

There are many plugins to make Skyblock servers and can be used to make them. You can review their feedback to know which ones are great to be used.

Another server Hypixel is very famous for is Bed wars.

It can be copied by downloading the plugins available online. They can be used to make Bedwars servers. The Bedwars server attracts a lot of players.

Anyone can copy Hypixel ideas and can make their server grow more like them.

Copy what is working on other servers and use it on your own server, but always try to make unique elements inside that server that set you apart from everyone else.

What can emerging servers learn from them?

There are a lot of things that any emerging server can learn from Hypixel. It is one of the best servers of Minecraft in all terms. Their moderation is considered the best in Minecraft, and as we have learned over the years…

Moderation is a must thing to make any server successful.

If there are any abusers or hackers in a server it can affect the server badly. The moderating plugins such as Litebans and CoreProtect are very beneficial for servers.

There are many more plugins and things that can be learned from the Hypixel network. They work quite fast to improve the bugs and errors found/reported and their response time is also fast. This makes people like it more.

Again more with the moderation, yes, that is because that is where your success really lies, it’s almost like customer service for the good players, and kicking out the bad ones, make a note.

They have many custom plugins and bots to help in moderation and to make play more entertaining. We have outlined what we think are the Top 6 Takeaways that a server owner can use on their own server, did we miss any?

Let us know in the comments below…

I'm Tommy, Boss of Biz Of Games Asia, a Minecraft Information Resources For MC Gamers in Asia and beyond. Our goal is to help you start and grow your online Minecraft business by providing the best information and data helping you make better decisions for your gaming business in Asia
View Archive

Think this article will help others out?